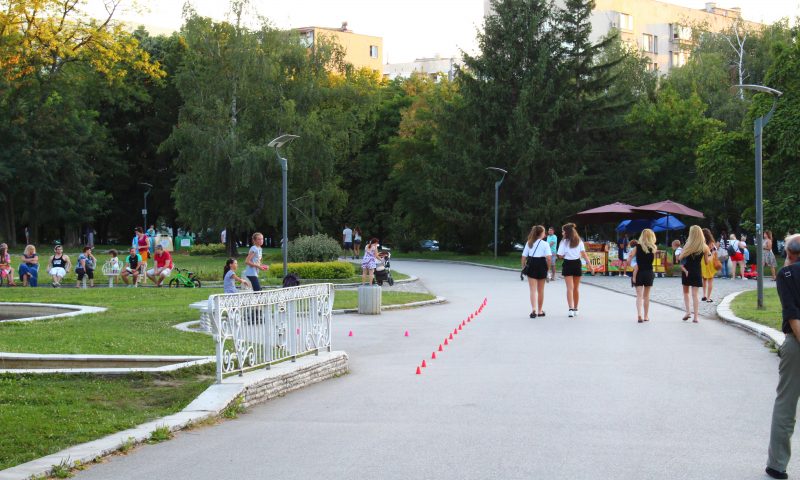 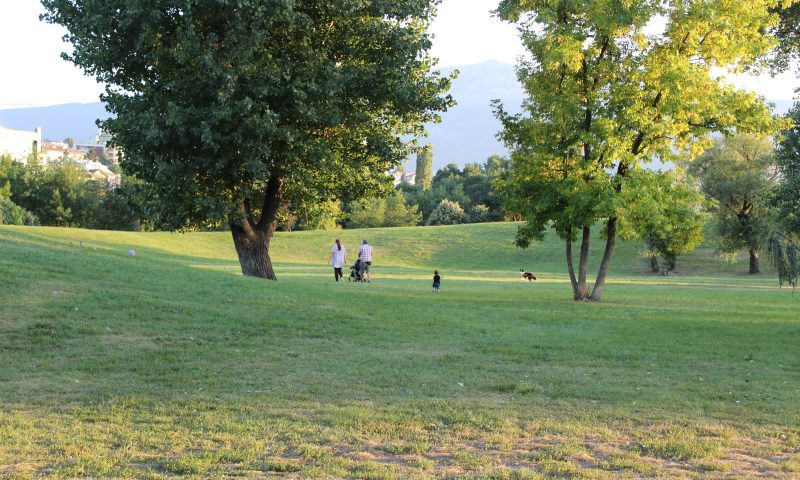 Nature in the City: the Best Hang-Out Parks in Sofia

Sofia is one of the greenest cities you can visit and we’re not even talking about the amazing proximity of Vitosha mountain. Nearly 20 parks are scattered throughout Sofia and basically every neighborhood either has its own park or has one fairly close by.

We owe the presence of so many parks to the period of the communist regime. Back then having enough green spaces around town was part of what the communist ideal entailed regarding the urban environment. Well, this communist heritage is something we don’t complain about.

Once it gets warm enough, approximately from April till November, you can find most Sofia natives and guests hanging out, doing sports or simply relaxing with a drink in the park. If you also want to feel the spirit of the park culture in Sofia, take a look at our favorite hang out parks in the center of the city.

Borissova Garden is the biggest park in Sofia, occupying an area of 3 sq. km. It is named after Tzar Boris III, while during the communist regime it was called “The Park of Freedom”.

In the corner near “Vasil Levski” stadium there’s a small artificial lake where you can hire a boat in the summertime or enjoy ice skating in the winter. If you don’t feel like sports, you can have a bite near Ariana lake, where a couple restaurants await you. 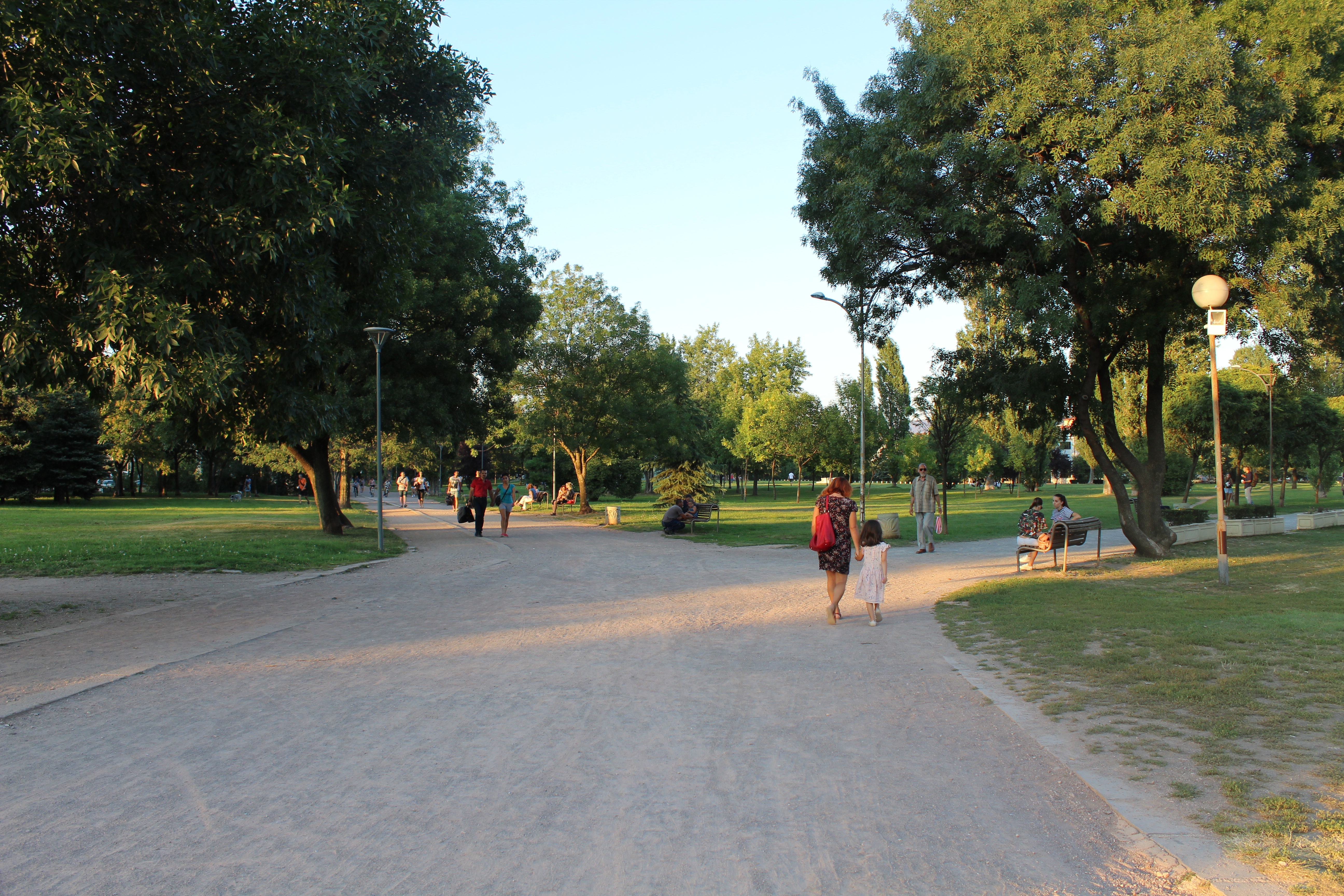 Another huge park located a bit more to the south of Sofia, in the very end of Vitosha Str. South Park is rather a family park, with many amusement facilities for children and big lawns for walking dogs.

In the summertime the vast lawns of South Park are home to many concerts, music and food festivals, including the infamous A to Jazz festival, Festival of Health etc.

To the north of the park there’s a bunch of small cafes where you can have a bite and a refreshing drink. The park offers quite a few trails where you can jog, bike or walk. Keep in mind that the park is home to 65 species of birds, so keep your eyes open.

How to get there: The park’s north entrance is located at the very end of Vitosha Str. You can get there by tram 6 or 1 or with bus 76, trolleybus 8. The south end of the park is near Mall Paradise and you can get there by subway, station Vitosha.

This is the oldest park in Sofia, officially opened in 1878, the year of Bulgaria’s liberation from the Ottoman Empire. Located just in front of the National Theater “Ivan Vazov” the city garden perfectly embodies the spirit of central Sofia – charming and romantic, without being cheesy.

Street musicians usually play their music in front of the fountain and the little square in front of the theater is often home to different festivities. The park is also famous for its chess players. Some of the benches are transformed into chess tables and a group of old gentlemen chess players are regulars in the park. 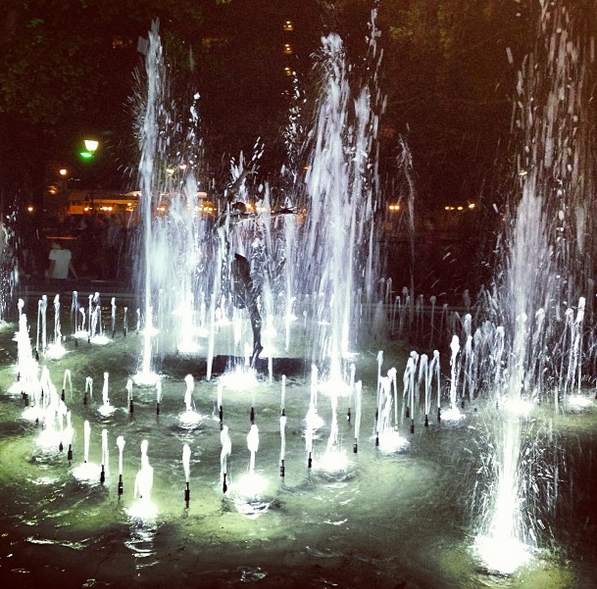 How to get there: It’s walking distance from most places in central Sofia. The park is located just next to the Presidency and the National Gallery.

A relatively small park located behind the Sofia University and the National Library. This park is named after the edifice located in its center. A sculpture commemorating all the medics who participated in the Russian-Turkish war from 1878.

The park is great for families and young adults alike. Near the park there’s a bunch of cafes where you can grab a bite or coffee.

How to get there: You can walk from almost anywhere in the center to the Doctor’s Garden. In terms of transportation, nearby you can find stops of bus 280 and trolley buses 1,2,4, 11.

For those of you who feel like party, Crystal Garden is the place to be! It’s another quite small park but once it gets warm in the spring time, it gets crowded with young people enjoying cold drinks after work.

Two bars in one corner of the garden can provide refreshing drinks and cocktails that you can either drink in the bar or at a bench nearby. The park usually has an exhibition in its main alley and often hosts street performers.

The most remarkable thing about this park is a giant statue of a head. This is Stefan Stambolov, a renowned Bulgarian politician who was killed in the street in 1895.

How to get there: Walking distance from anywhere in the center. If you’re coming from afar though, you can get there by trolleybus line 9, exit stop “Satirichen Theater”.

These are our top hang-out parks in the center of Sofia. Now it’s your turn to go out there and find your favorite one. And if you want to broaden it up and find out more about our city, feel free to check out our self-guided tour of Sofia. Simply download our tour and get ready to explore!

The Most Popular Shopping Areas in Sofia